THE STORY OF THE STEER

Once Ronda Rousey and Travis Browne settled into Browsey Acres and made the choice to start a farm, they set out to live the sustainable lifestyle that they had always wanted for themselves. That involved getting a collection of animals to care for and harvest on the farm.

Which meant that, eventually, they needed a cow.

Travis took the initiative and asked around to try and figure out what the process for harvesting a cow would be. Once he learned that, he did the research on the type of cow that would be considered most desirable—and that is how he landed on Wagyu. After calling 20 or so people, Travis ended up getting into contact with Mark Spitsbergen, a farmer based in Oregon. Once Travis got in touch with Mark to figure out the process to raise and harvest Wagyu, the rest was Browsey Acres—and, of course, Kobe—history.

You see, Kobe is the origin point of the Browsey Acres brand. He was Ronda and Travis' first Wagyu steer and the reason that all of this now exists.

Kobe lived on Browsey Acres, drinking beer, roaming free, and being loved. The goats played with him. He nudged Ronda and Travis to pet him like a dog. Kobe wasn’t just meat—he was family. But it was early summer of 2019 when Ronda and Travis began to contend with the fact that the time was near for them to harvest Kobe. However, it was also because of that intimacy that they knew they were doing the right thing.

As Ronda said at the time, “That’s why we love and respect him so much. He’s literally dying to feed our kids. How can we not love this guy? That’s why I’d rather cry and feel bad instead of turning a blind eye and letting him suffer somewhere in a factory farm.”

It was an emotional sacrifice and a heavy moral decision but one that Ronda and Travis believed would be a small step toward living as sustainably and ethically as possible.

Kobe lived a life of joy until his last moments, which were spent with Ronda and Travis. And for Ronda and Travis, that life was one worth all the tears they shed. This experience is ultimately what inspired them to share this gift that Browsey Acres has given them with the world.

Browsey Acres wants to provide a space where you can still choose to eat meat and animal products while making the best choices for the planet, and your health. We give you the option to consume meat responsibly, knowing that every animal is cared for lovingly every moment they’re here. From birth to harvest, we treat every animal with dignity and respect. Sustainability is not just a concept to us, it’s our way of life.

Myrtle is a 9-month-old Fullblood Wagyu and now the origin point of Browsey Acres’ breeding program. She will be raised to maturity and bred to directly produce Wagyu genetics. Click here to continue to learn more about Myrtle's story.

Porter is Browsey Acres’ 2-and-a-half-year-old Fullblood Wagyu steer. Ronda and Travis have had him since he was 10 months old and he is now about 6 months away from harvest. Click here to continue to learn more about Porter's story.

Styx, a 2-and-a-half-year-old Fullblood Wagyu cow, will be one of the first included in Browsey Acres’ initial harvest. When he first arrived from Oregon, Styx was a bit shy and standoffish. After only letting Travis pet the top of his head at feeding time, he quickly warmed up to be one of the friendliest of the bunch. Click here to continue to learn more about Styx's story.

Orcus is the quiet, introspective one of the new Fullblood Wagyu herd. Like Styx and Vanth, he came to Browsey Acres from Oregon and will be part of the very first harvest. Although he’ll let Travis pet him during feedings, he prefers to be left alone to chill. And since we never put unnecessary pressure on our cows, he’s free to do his own thing. Click here to continue to learn more about Orcus' story.

Bavette, a 5-year-old Fullblood Wagyu and Myrtle’s mother, is Browsey Acres’ ultimate example of what time, patience, and love can do for these animals. Click here to continue to learn more about Bavette's story.

Like Styx and Orcus, Vanth is a 2-and-a-half-year-old Fullblood Wagyu cow. He joined the Browsey Acres crew from Oregon and will be among the very first harvest. Vanth is a lover and by far the friendliest of the new cows. He came right up to Travis to let him know he could give him scratches any time he wanted. Click here to continue to learn more about Vanth's story.

It takes approximately three years—28-32 months, with 36 months as the ideal, sweet spot—for Wagyu to mature to harvest. After 36 months, it tends to be case of diminishing returns, in terms of upkeep, marbling, and tenderness.

On average, 500-600 pounds will typically come off of one steer.

Browsey Acres’ Kobe was 33 months old when Ronda and Travis harvested him. They were able to get 720 pounds of meat off of him.

So, Browsey Acres now has one simple question for you: What if you knew that every cow you ate was loved the way Kobe was?

With Browsey Acres, you will know that. 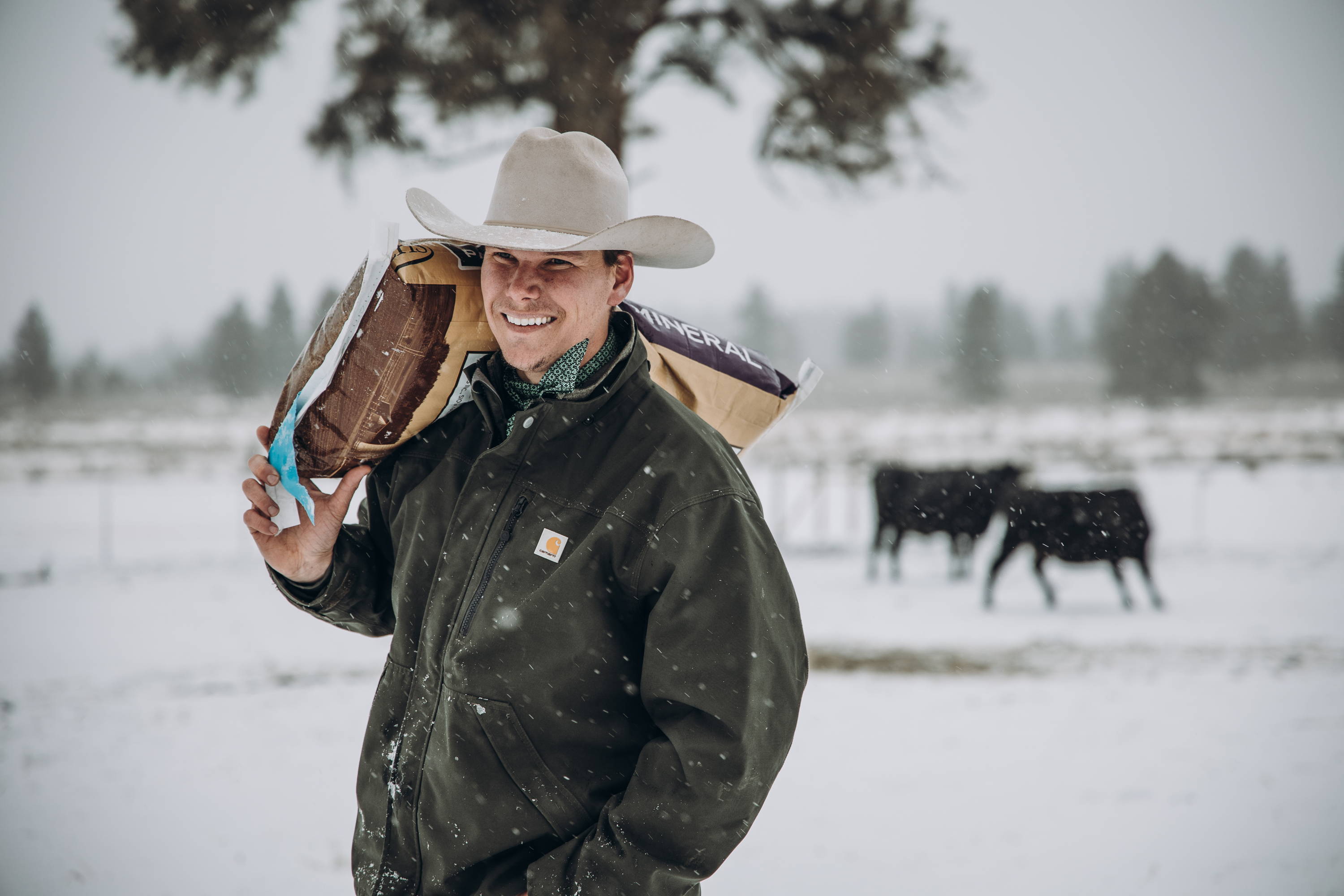 Father-son duo Mark and Daniel Spitsbergen—owners and operators of Sustainable Natural Foods—have been in agriculture their whole lives. They started working full-time with cattle in 2009, but 2011 was when they got really big into Wagyu. Sitting at the forefront of the then-somewhat recent Wagyu movement, the Spitsbergens have since cultivated an ever-growing supply of sustainably, humanely-raised cattle, based on decades-old Wagyu genetics originating directly from Japan.

The Spitsbergens have partnered up with Ronda Rousey and Travis Browne to ensure that the meat provided by Browsey Acres is and continues to be the most sustainably, humanely-raised, affordable—and most importantly, loved—meat available.